Caring for Vietnam Veterans and All Veterans 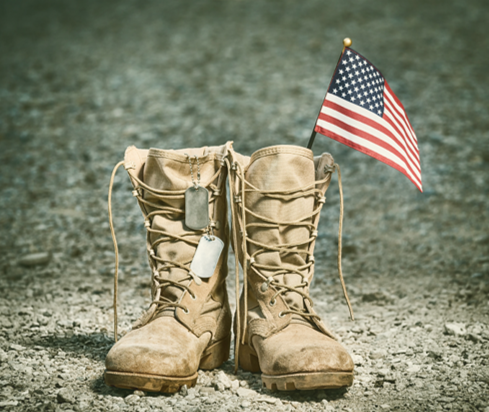 A total of 2.7 million Americans served in the Vietnam War, 58,220 died in combat, over 150,000 were wounded and less than 850,000 are still alive today. They are the largest group of United States Veterans today and most are eligible for Social Security and Medicare, which means caregivers in the aging field need to be aware of the unique concerns and healthcare needs these veterans face.

These challenges are both mental and physical. PTSD is documented at a higher rate for Vietnam veterans, which experts attribute to the fact that more wounded and injured soldiers survived this war than past wars, thanks to advances in air transport that allowed medical care to be provided closer to the war zone. These soldiers then returned home with disabilities and trauma to discover the war they sacrificed so much for was deeply unpopular, a “culture shock” that compounded the emotional toll of the war.

In addition to the psychological impact of their service, many Vietnam veterans sustained long-term negative health conditions as a result of their exposure to Agent Orange. Agent Orange is an herbicide utilized by the U.S. in the war to eliminate foliage cover and crops that would hide the North Vietnamese and Viet Cong soldiers. It’s been proven to cause serious health issues–-cancer, higher rates of diabetes, birth defects, rashes and severe psychological and neurological problems among them–for the Vietnamese people as well as the returning soldiers and even their families.

Although Vietnam veterans began reporting chronic conditions almost immediately after the war, it took three years for the government to even start investigating the issue, and another ten or so years after that for them to admit it they were aware of the potential dangers of the chemicals used. Thanks to the efforts of Admiral Elmo Zumwalt, who made a pledge to his dying son, a patrol boat captain in Vietnam who contracted two forms of cancer after the war, data linking Agent Orange to 28 life-threatening conditions was made public in 1988. Zumwalt also exposed evidence that the US military had dispensed "Agent Orange in concentrations six to 25 times the suggested rate.”

What does all of this mean as we partner with aging Vietnam Veterans in their care? First of all, it’s important to acknowledge their experiences and service. Find out if someone you are caring for served. If they did, a simple thank you or asking them about their involvement might open the door to other conversations that help you provide better care. You can even record their stories, in their own voice, through the LifeBio Memory app which has specific questions about military service.

It is important to see the resilience, purpose, and the way that those that serve come together in community too. They are strength for each other. So giving people opportunities to connect about their military service will continue to be important. We all need to learn from their ability to keep on keeping on.

As you interact with veterans, also look for signs of some of the health issues mentioned above and pursue early treatment (to hopefully avoid amputations) and pain management too. The VA now recognizes as serviceable for Agent Orange exposure compensation health issues, such as cancer, tumors, rashes, psychological symptoms and many other presumptive diseases. (Learn more by clicking HERE.)  It is important for health care providers to know the resources available for these veterans and to do all you can to make life better for the men and women who gave so much.